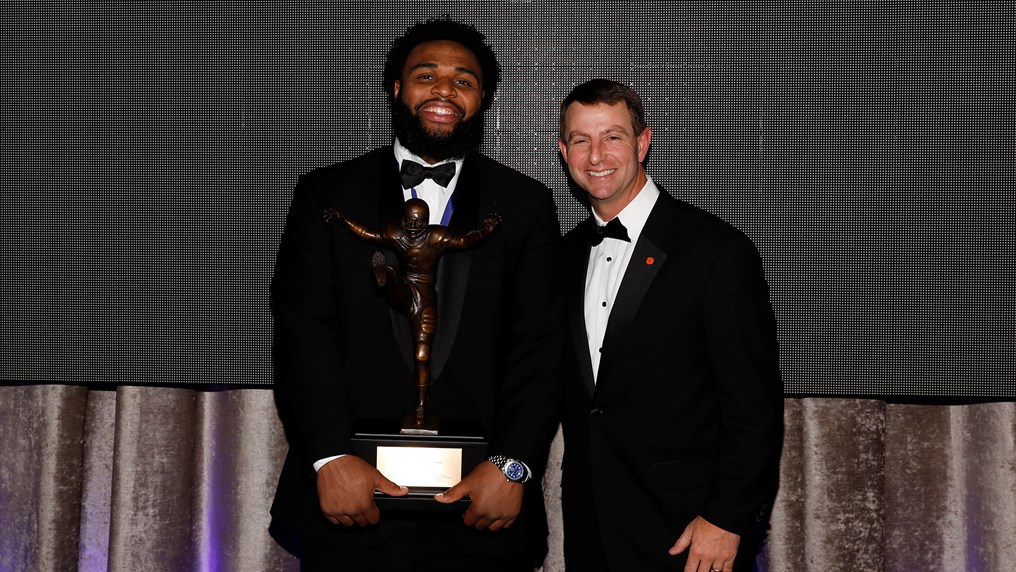 The National Football Foundation and the College Hall of Fame present an award called the William V. Campbell Trophy. This is a prestigious award given to scholar athletes, and this year, Mazda is sponsoring and presenting the award. Learn more about this below.

What is the William V. Campbell Trophy?

The William V. Campbell Trophy was first awarded in 1990. This award was named for Bill Campbell who was a former football player and coach at Columbia University. This award is a sought-after trophy, and it is given to student athletes that meet the highest standards for performance on the field, academic excellence, and leadership in the community. Players that win this award are more than just great football players, they also have commitment to academics and the community.

Who has won this award in the past?

The William V. Campbell Trophy will be awarded for the 30th time this year, and Mazda is excited to be a part of the process. This is a prestigious award, and you may recognize some of the names of people who have won it in the past. Check out a few of the previous recipients below.

For the 2019 Campbell Trophy, finalists will be announced on October 30th, and the winner will be presented on December 10th at the 62nd NFF Annual Awards Dinner.

Why is Mazda sponsoring this award?

This year, Mazda is launching is Power of Potential Platform. This platform was developed so that Mazda can give back and honor individuals who are using their potential and helping others. Part of this platform for Mazda includes sponsoring the Campbell Trophy.

“For three decades, the William V. Campbell Trophy® has recognized individuals who best reflect humility, dedication and inventive approaches to overcoming challenges. These individuals have a strong commitment to their teammates, academics and community,” said Dino Bernacchi, chief marketing officer for Mazda North American Operations. “Born out of Hiroshima, Japan, Mazda holds dear that same philosophy: pushing past boundaries, realizing potential and inspiring others to do the same.”

Be sure to be on the lookout for the finalists and the winner of the William V. Campbell Trophy this year!

Where to watch Super Bowl 52 in Portsmouth NH

Where to ice skate near Manchester NH

This entry was posted on Sunday, October 20th, 2019 at 1:57 pm and is filed under Community Events. You can follow any responses to this entry through the RSS 2.0 feed. You can skip to the end and leave a response. Pinging is currently not allowed.