Small crossover SUVs have gained in popularity in recent years, and it's not hard to see why. The vehicles generally offer plenty of interior space and a fuel economy rating that rivals that of a large sedan, and technology features don't run scarce. So how do you navigate the jam-packed class and find a vehicle that has all of the features and specifications you're looking for? That's what you have us for!

The 2017 Mazda CX-5 is definitely deserving of your attention if you're looking for a vehicle that has a driver-oriented handling, plenty of advanced safety features, and is well-equipped with standard features. But how does the 2017 Mazda CX-5 compare to top competitors in its class? We're digging deep to find out, putting the 2017 Mazda CX-5 head-to-head against one of its biggest rivals: the 2017 Ford Escape. Read on to learn about the features and specs offered by both!

The 2017 Ford Escape comes in three trim levels: S, SE, and Titanium. The crossover not only offers less engine power than the 2017 Mazda CX-5, but its fuel economy rating is lower as well. Additionally, the 2017 Escape is noticeably missing features such as Forward Obstruction Warning, signaling exterior mirrors, and alloy wheels, all of which come standard on the 2017 CX-5. Additionally, the 2017 Escape offers less passenger space and a lower towing capacity than the 2017 Mazda CX-5.

The 2017 Mazda CX-5 comes in four trim levels, already offering more configurations than the 2017 Escape. All trims come equipped with a high-power 2.5-liter SKYACTIV®-G engine that generates 187 horsepower and 185 pound-feet of torque. The engine, combined with its 6-speed automatic transmission, allow the crossover to tow up to 2,000 pounds, which is 500 pounds more than the 2017 Escape is able to haul. Standard features for all trim levels include a 7-inch full-color touchscreen display, which is larger than the 2017 Escape's standard touchscreen, the MAZDA CONNECT™ Infotainment System, two USB audio input jacks, steering wheel-mounted audio controls, a rearview camera, Push Button Start, cruise control, and LED headlights.

Car shoppers interested in learning more about the features and specifications offered by the 2017 Mazda CX-5 are encouraged to contact a member of our team here at Seacoast Mazda. We'll fill you in on all of the important details and answer any questions you may have! Ready to get behind the wheel of the impressive crossover? Schedule an obligation-free test drive online! 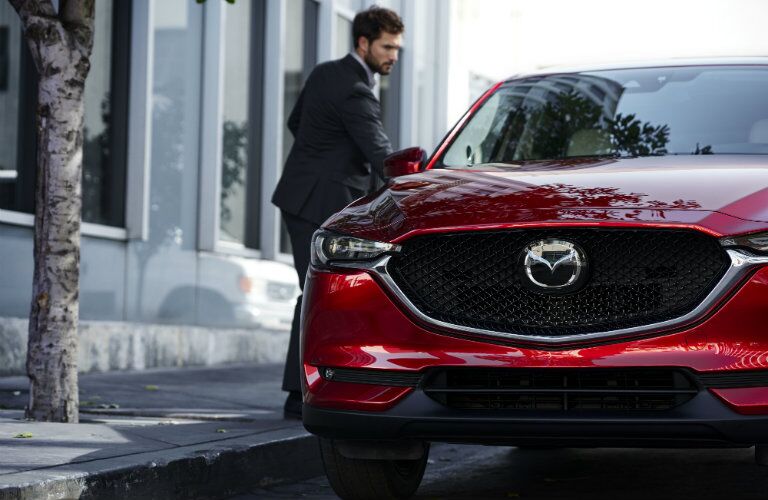 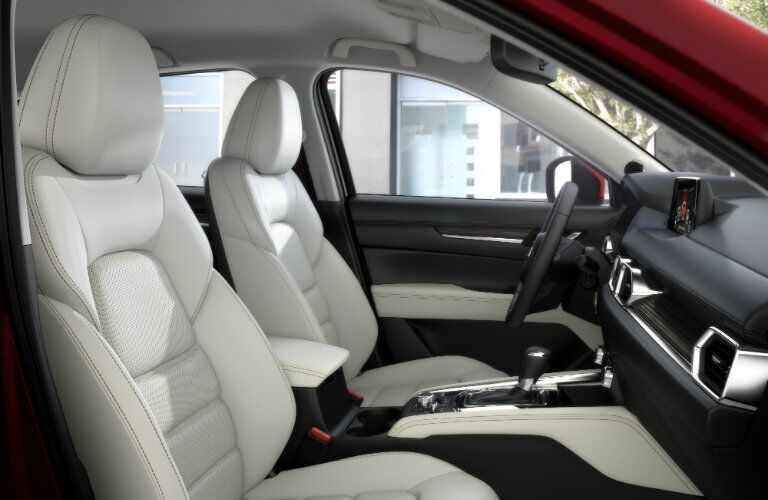 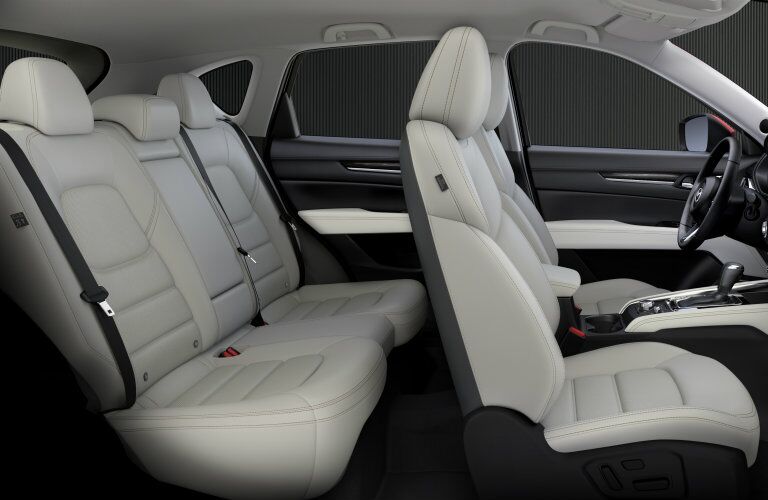 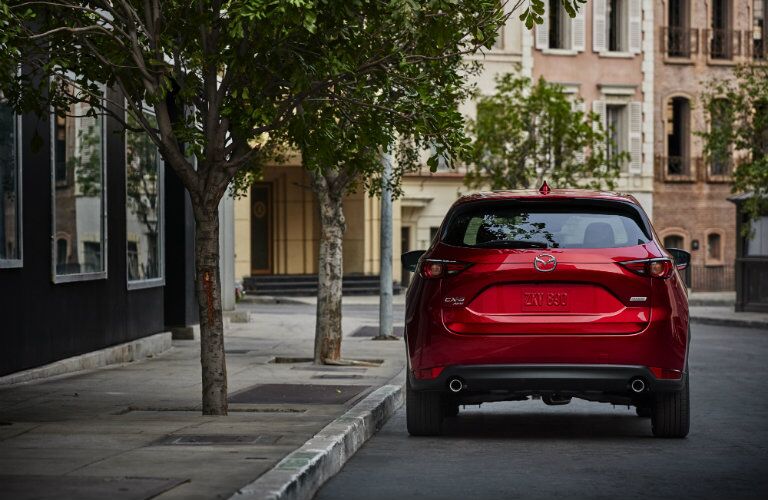