In an effort to inform prospective buyers about key differences and similarities between the 2017 Mazda MX-5 Miata RF and 2017 Toyota 86, our team at Seacoast Mazda has put together a detailed comparison. We invite you to learn more before deciding which performance-tuned model is right for you.

Under the hood, both the Mazda MX-5 Miata RF and Toyota 86 come standard with a 2.0-liter 4-cylinder engine. The 86 stands out in terms of horsepower, but the Mazda MX-5 Miata RF takes the cake for efficiency, offering an impressive EPA-estimated 27 mpg in the city and 36 mpg on the highway. Both vehicles are equipped with rear-wheel drive, 6-speed manual transmission, 17-inch wheels, and LED headlights. On the inside, the Mazda MX-5 Miata RF has room for only two passengers, while the 86 has seating for four. That being said, the Mazda car has more front seat leg room than the Toyota model, providing extra comfort for taller riders. The 2017 Mazda MX-5 Miata RF also comes equipped with a CD player and a more advanced audio system. Which affordable sports car is better suited for you?

Although the 2017 Toyota 86 is an outstanding vehicle and a worthy competitor, the 2017 Mazda MX-5 Miata RF stands out in more ways than one. In addition to the elements above, the Mazda MX-5 Miata RF has so much more to offer the modern driver. It comes available in two different trims—Club and Grand Touring—each of which has its own unique qualities that appeal to a variety of car shoppers. Available elements include MAZDA CONNECT™ infotainment system, Mazda Navigation System, Lane Departure Warning System, Rear Cross Traffic Alert, a leather-wrapped steering wheel, and much more.

When you are ready to get behind the wheel of the new Mazda MX-5 Miata RF in Portsmouth, NH, we invite you to schedule a test drive with our team at Seacoast Mazda. 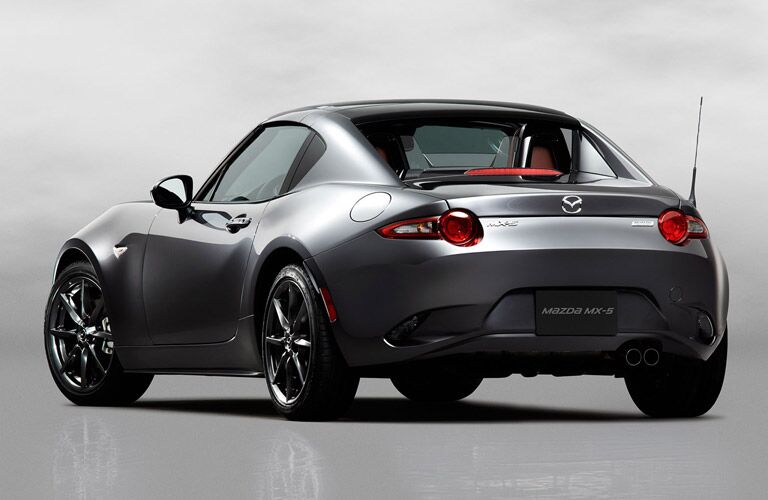 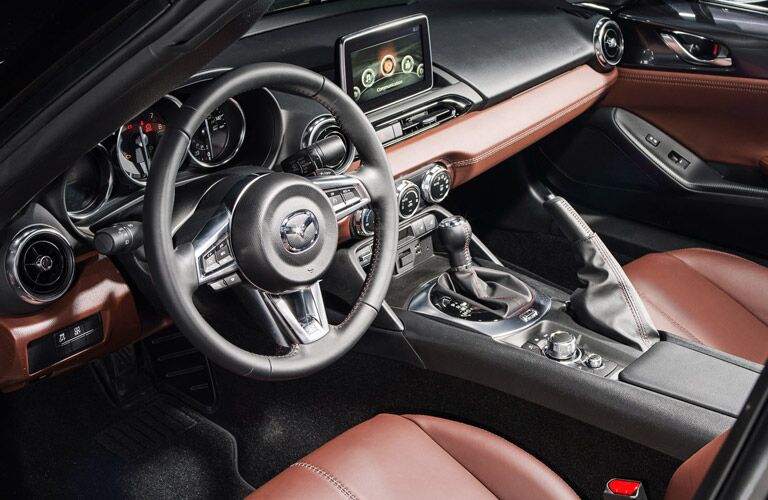